The Latin language was the official language of writing in Denmark until quite late in the early medieval period. For this reason, the earliest historical records in Denmark are written in Latin. These Danish manuscripts with historical texts, such as annals (yearbooks) or chronicles, are therefore essential for the understanding of the country's history and many of these texts can furthermore be identified as sources for Saxo Grammaticus' history of Denmark, Gesta Danorum, in Latin.

AM 841 4to from 1400, known as the Annales Lundenses, contains a history from the creation of the world until the year 1307, while AM 843 4to from around 1250-1300 is the oldest known fragment with historical content. Its contents are snippets of annals, a history of the Jews and the chronicle of Lejre.

AM 107 8vo from the 16th century contains a collection of historically relevant material written in Latin compiled by the Franciscan friar Petrus Olai. The contents range from lists of kings to chronicles and historical excerpts. 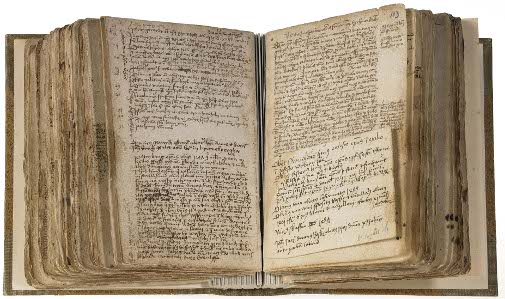