From Latin charta, meaning papyrus or paper. The study of charters is known as diplomatics, from Ancient Greek diplōma (δίπλωμα), literally 'folded twice' or double-folded paper. The etymology goes back to Roman times when a diploma consisted of two lead plates, but most medieval charters were made of paper or parchment.

A charter consists of the main text and the protocol, which is the formal frame around the text. The protocol usually bears the name and title of the sender in the first person ('I...'), identifies the receiver, and ends with a salutation ('I salute' and/or 'forever with our Lord').  In Latin, the sender's name is in the nominative case and the recipient's name is in the dative. The main text contains a reason for issuing the charter and often names one or more witnesses. At the end is the place and date of issue for the document. This makes  charters easier to date than most other types of medieval manuscript. Seals were used to confirm the authenticity of the document. 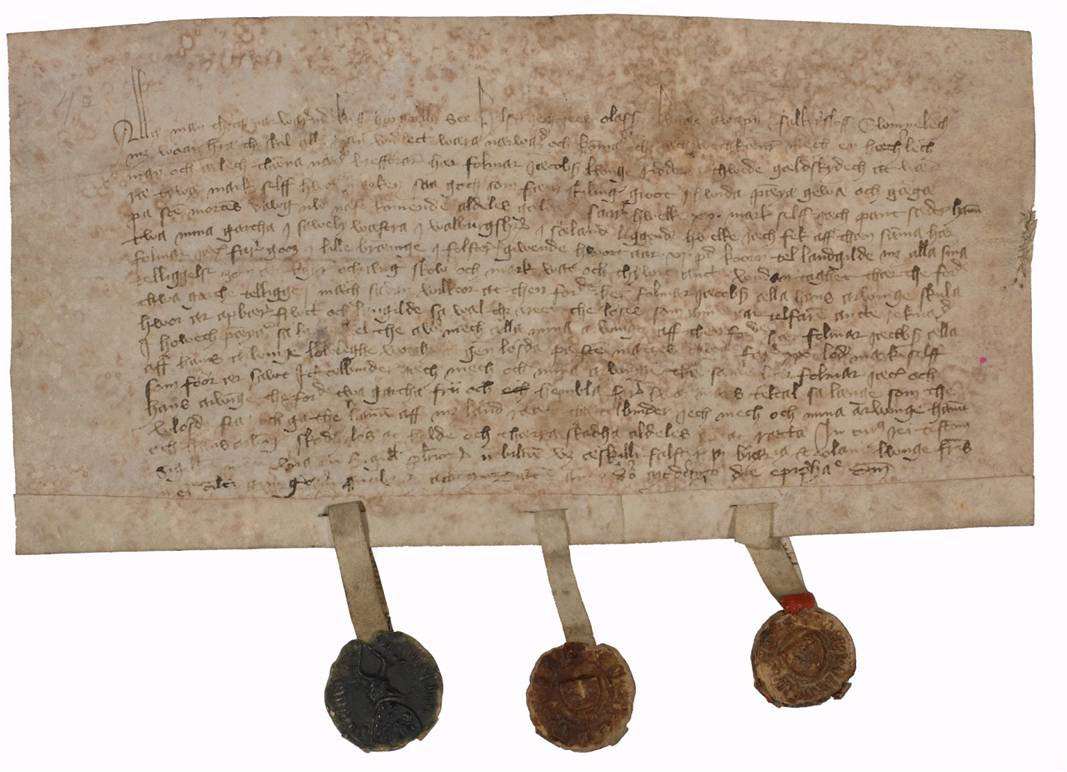 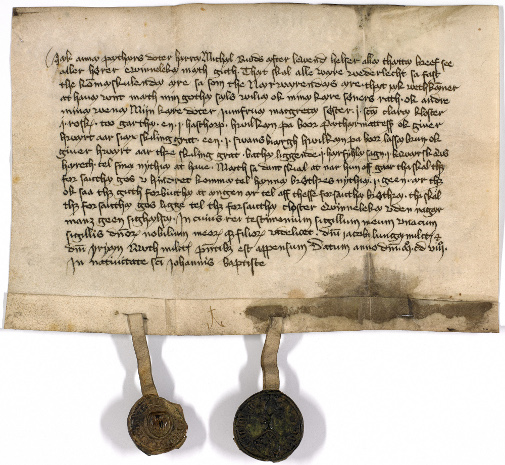 Letters may either be open letters (litterae apertae) and then of a more juridical type or closed letters (litterae clausae) with a more personal value. The number of preserved documents from the former type is, because of the nature of these letters, higher than that of private letters. Open letters usually contain a declaration of property or accounts.

AM 875 4to from around 1475-1500 contains several letters from the Dueholm monastery in Nykøbing. The letters enumerate the properties of the monastery in the North of Jutland.

All people who see or hear this letter...

Read more about the Danish charters on Diplomatarium Danicum's website.

The charter AM Dipl. Dan. LX, 22 and the manuscript book AM 187 8vo were written by the same scribe.

Charters from the Arnamagnæan Collection 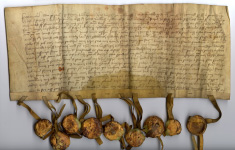 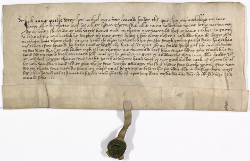 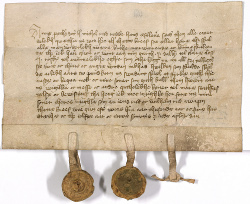 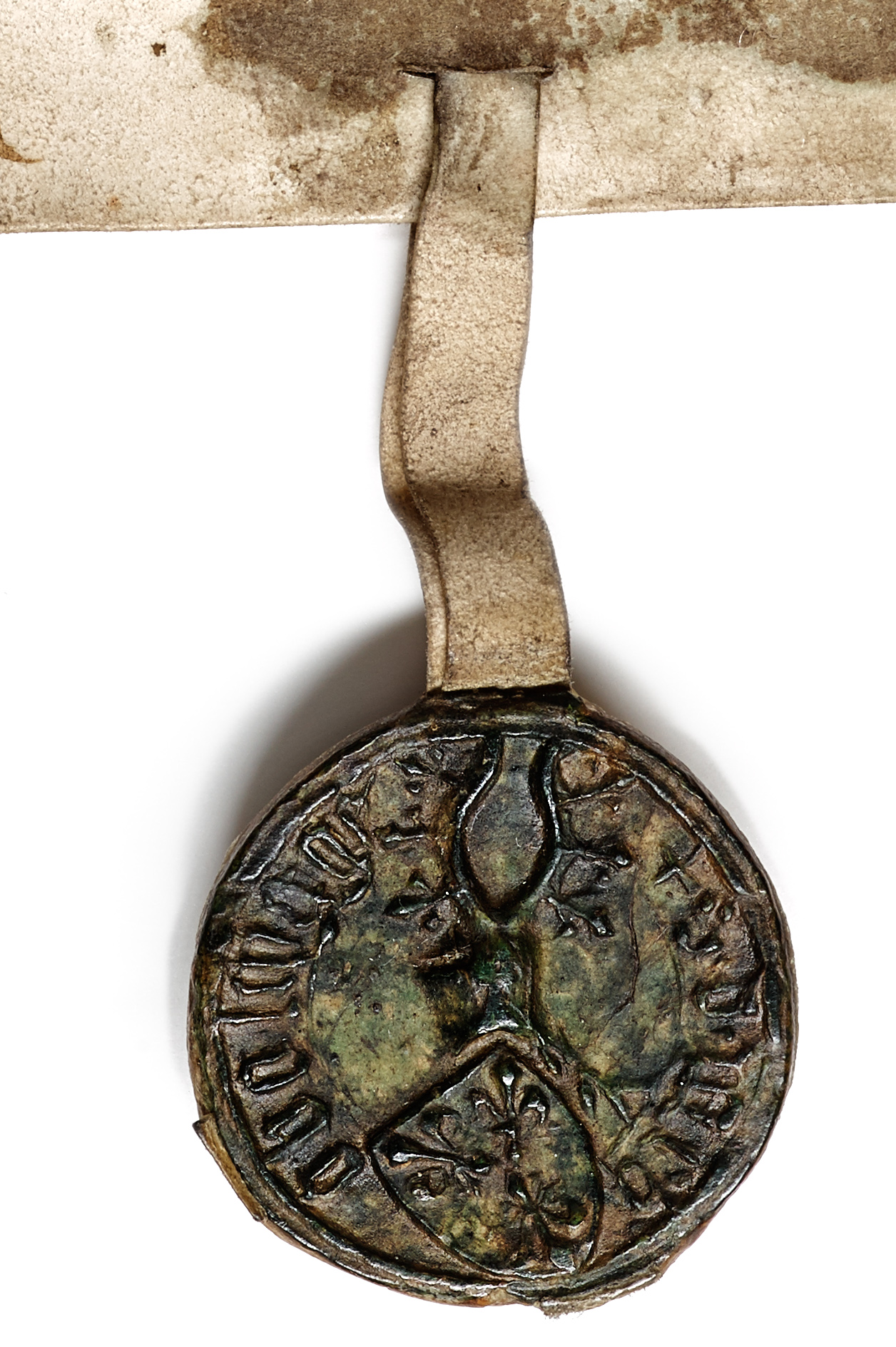 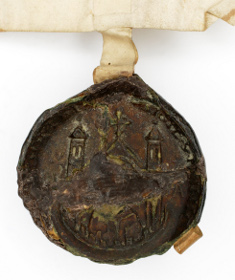 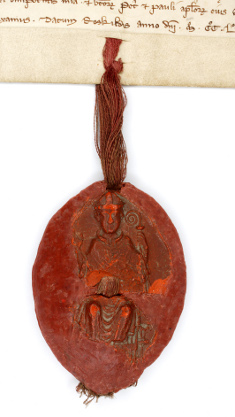