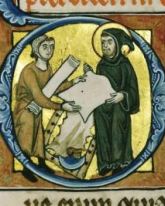 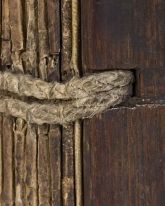 The oldest hand-written books are written on parchment, which replaced the papyrus that was used in the Antiquity and the early Middle Ages. Paper started to be used from around the 15th century.

Animal skin as a writing material was used since the first century B.C. In Southern Europe, the skin of goats, sheep or pigs could be used, whereas Northern Europe mainly used calf skin. The skin elaborated into a writing surface is called 'parchment'. Parchment of the highest quality is also known as 'vellum', from the Old French 'vélin' meaning 'young calf'. When the quality had to be even finer, the skin from young or even unborn calves, which was particularly soft and thin, would be used.

The skin of the animal was washed and then soaked in limewater for several days. After this, it would become easier to scrape the hair off the outer side of the skin and the flesh off the inner side. The skin would then be washed in clean water, soaked again and then stretched on a frame to let it dry and scrape the hair off one last time with a rounded knife. When the skin was dry, the skin would be fine-polished with chalk or pumice stone. Finally, the skin would be cut into the desired format with a knife and then folded in the middle to make a bifolium, which then gave a total of four pages.

Bifolia were put together into gatherings. A gathering is the result of several bifolia nested inside each other. The most common type of gathering consisted of four bifolia (8 folia with 16 pages) and was called a 'quaternion'. The writing of the text was performed while the folia were still loose leaves in the gathering. After the text was written, the gatherings were put together on top of each other and sewn at the back edges into a book-block. See a close-up of AM 468 4to to see a picture of a book open between two gatherings. In order to protect and strengthen the book-block, two wooden boards were bound to it, with sometimes the addition of buckles to keep the binding closed. These boards and the spine of the book were often covered in leather.

Some bindings were decorated with engravings or embossed patterns. See AM 225 fol. and AM 226 fol.

Manuscripts with the original binding are rare. Because of damage, many bindings have been renovated or replaced with new ones. Bindings are constantly undergoing conservation nowadays to protect the manuscripts' contents. See an example of the conservation of a manuscript.

The pages in a manuscript were in most cases numbered by later users. When referring to the numbering of leaves, the term 'foliation' is used. The number is written on the front side of the leaf. Front and back sides are distinguished by using respectively the terms 'recto' and 'verso', also abbreviated as 'r' and 'v', which gives the following result: 1r, 1v, 2r, 2v, 3r, 3v and so on. 'Pagination' means to provide each page with a number: 1, 2, 3, 4, 5, 6.

The scribe could make sure that the gatherings would be bound in the correct order by writing so-called 'quire signatures' at the bottom of a page either as a sequence of numbers or letters. In Marine Jespersdatter's prayer book from the beginning of the 16th century, there is an example of a signature consisting of two words: 'førstæ' and 'q' (which stands for quaternion). 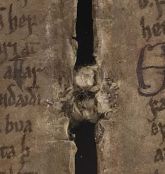 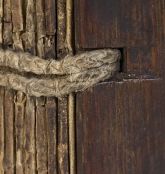 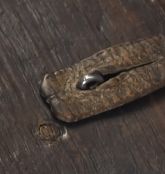 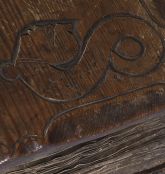 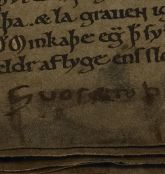 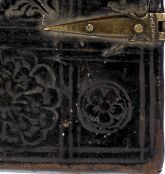 See a chronological development of book production in the North. 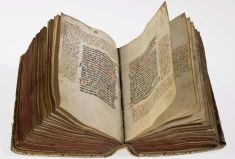 This type of binding is called an "envelope binding". See more pictures of bindings and descriptions of the various other types of binding.

Watch a video from The Getty Museum with a detailed explanation of how manuscripts are produced.