Text and decorations may be framed within decorated borders/edges. This technique developed around 1300 and was particularly popular during the Renaissance. A typical border is a frame decorated with plants, flowers or animals containing a picture that is relevant for the text. 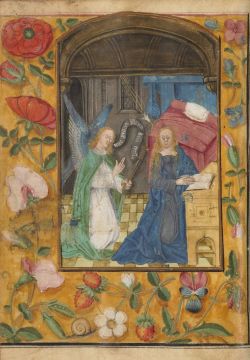 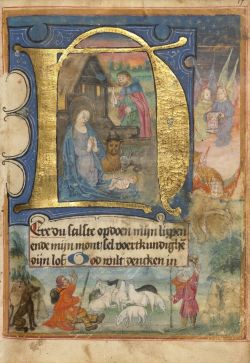 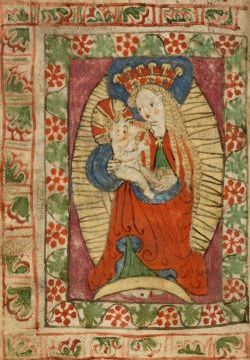 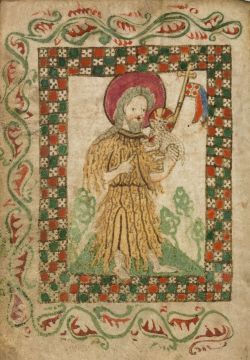 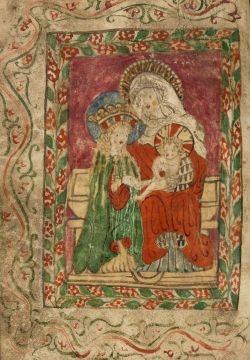 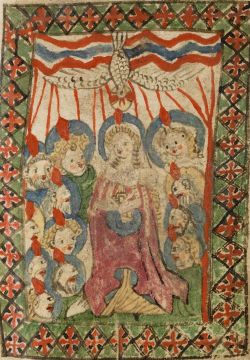 Collection of female legends in Icelandic from around 1500, also known as the Kirkjubæjarbók (book from Kirkeby). 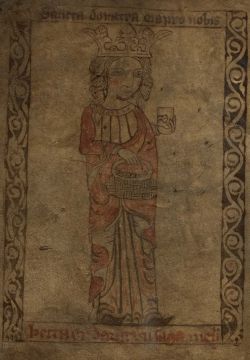