Manuscripts are historical, literary and linguistic sources for past cultures. In the 1600s and 1700s, learned individuals collected medieval manuscripts and established in this way private book collections. This interest in collecting and preserving old sources continued in the 1800s. The earlier private book collections have been bequeathed to public libraries and are today part of national libraries, which have made it their duty to manage and preserve the cultural heritage found in books. Some important Nordic manuscript collectors are presented below. 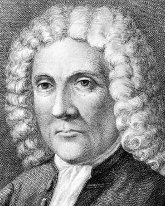 The philologist, historian and book collector Arni Magnusson was born in Iceland in 1663. He received his love for books and old texts from his surroundings. He grew up in a learned home with his grandparents and uncle in Hvammur in the Dalasýsla in Western Iceland. His maternal grandfather, the priest Ketill Jörundsson, was interested in manuscripts and their copies. His brother, Jón Magnússon, informs us in his biography of Arni Magnusson's life that he started learning Latin shortly before his 6th birthday - and by then he had, of course, already learnt how to read "Icelandic and other such meaningless things".

Arni Magnusson was throughout his whole life a dedicated manuscript collector. During the years 1702-12, he travelled around Iceland as a royal 'kommissarius' in order to collect data for a census of the whole country. This journey allowed him to "collect all sorts of old documents, which he copied with the utmost accuracy and vigilance, such that no one would believe it", as the Icelandic philologist Jón Ólafsson writes in his biography of Arni Magnusson's life.

Arni Magnusson travelled to Copenhagen in 1683 and was ever since attached to the University of Copenhagen. First as a student of Theology, later as a professor (in 1701 of Philosophy and from 1721 on, a professor of History and Geography) and as a member of the Academic Council. He was also the university librarian and in 1720 warden for Elers kollegium. On the 6th of January 1730, he and his wife Mette Magnusson bequeathed what remained of his manuscript collection to the university along with the value of his property. Arni Magnusson's handwritten books consist of 2500 catalogue items; they are all referred to with the signature 'AM'.

Watch a video on his life and collection produced by the Árni Magnússon Institute for Icelandic Studies (in Icelandic with Danish subtitles). 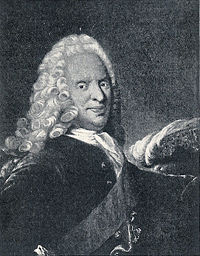 Otto Thott, count and book collector, was an active and influential man in the 18th century. As a young man, he had already started building his book collection during his travels, but these were unfortunately lost in the fire in Copenhagen in 1728. Later in time, however, he was able to satisfy his ambitions by purchasing books from all over the world with his fortune. The collection quickly became an impressive library of 140.000 printed books and 4.000 manuscripts and was thus a much larger collection than that of the Royal Library itself at the time. Upon his death, he bequeathed his entire collection to the king's collection and are still today kept at the Royal Library in Copenhagen under the shelfmark 'Thott'. 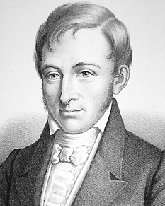 Besides being a person of utmost importance in the history of linguistics, Rasmus Rask was also a dedicated book collector. His manuscript collection, preserved today under the shelfmark 'Rask', consists mainly of oriental manuscripts which he obtained during his journey to the East. He is also called the founder of Nordic philology. He published for the first time the entire text of Snorri's Edda in the original language. 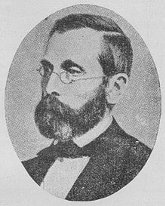 Konráð Gíslason, Icelandic professor at the Arnamagæan comission at the University of Copenhagen, was a prominent researcher in Old Norse grammar. He was interested in the etymology of words in the Old Icelandic texts and published several dictionaries and studies on the Old Nordic language. He was co-founder of Det Nordiske Literatur-samfund in 1847 and thus contributed to the spreading of saga knowledge in Denmark with its publications of Icelandic saga (such as Njáls saga). His manuscripts are kept at the Arnamagnæan collection under the shelfmark 'KG'.

Read about the preservation of Arni Magnússon's heritage.