AM 188 8vo is a so-called miscellany from the first half of the 16th century. It contains various text types in Danish and Latin, such as a calendar, an astrological text with tables and figures, sample letters medical advice for animals and humans. The handbook contains texts for everyday life and later additions dated to the 1600s that it had been used for a long period of time.

The manuscript consists of 94 leaves, 76 of paper 18 of parchment, divided into 15 gatherings. Nine writers in total have written the texts. The manuscript is bound in wooden plates covered in embossed black leather. The binding has two buckles with metal fittings.

The manuscript was repaired in the 1880s when the spine was replaced and the fastening remade. The manuscript was repaired again in 2010 when the book block was removed from its binding in order to restore the binding and to make a new spine for it. The book block was then divided and the leaves conservated before they were all put together again inside the new binding. 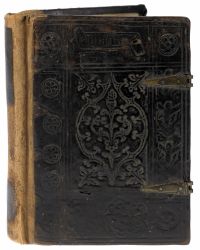 2. The covers are removed from the book block 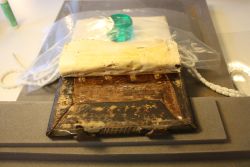 3. Book block removed from the binding before its conservation

4. side of the covers 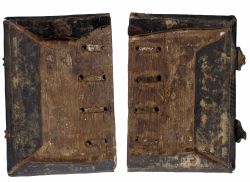 5. side of the covers 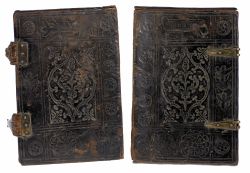 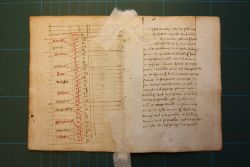 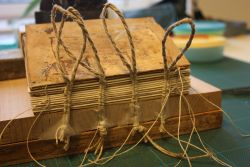 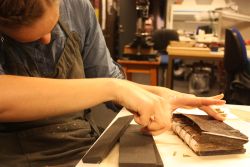 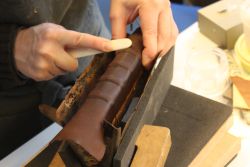 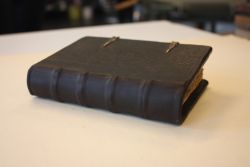