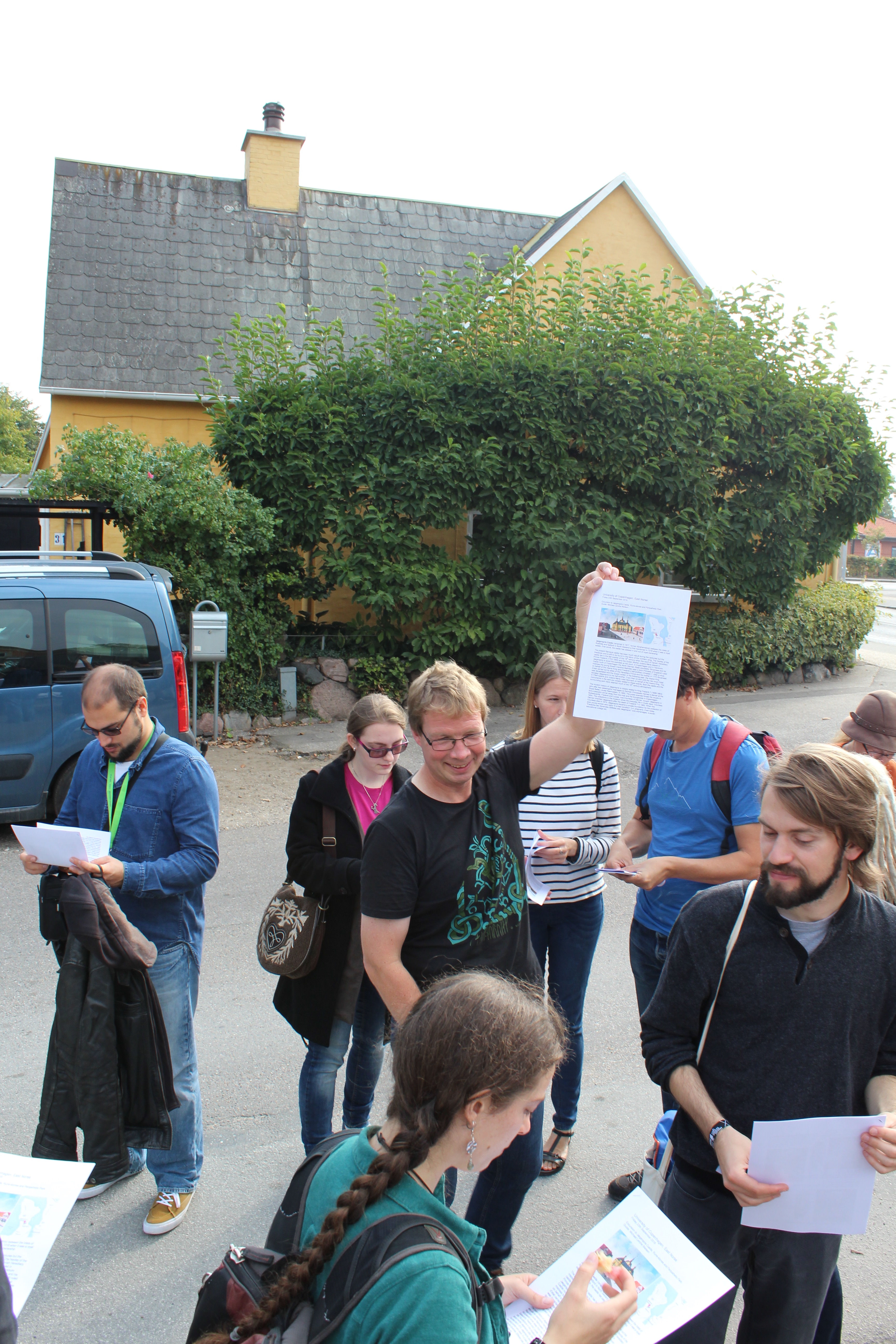 Students prepare for a tour of Jægerspris Memorial Park

Last Friday the annual excursion to Jægerspris Castle and Memorial Park took place in connection with the course East Norse: Texts and Artefacts, offered each autumn semester at the University of Copenhagen. Students of the course, many of whom are visiting M.A. students from the program Viking and Medieval Norse Studies at the University of Copenhagen, were joined by other students from the same program spending their semester at Aarhus University, as well as teachers and post-docs from Copenhagen and Aarhus. 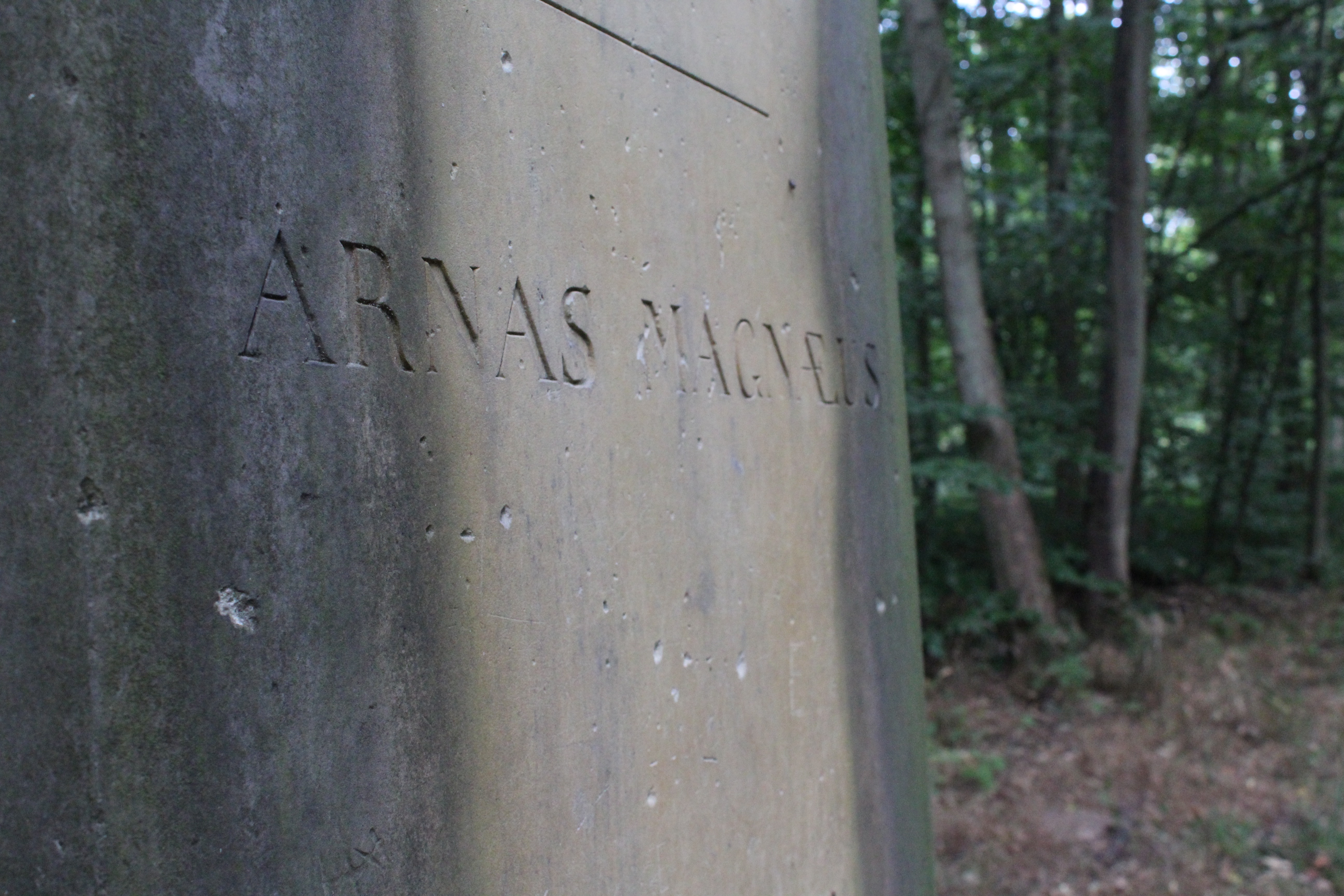 The excursion through the memorial park was led by runologist Michael Lerche Nielsen, one of the teachers of the course East Norse: Texts and Artefacts. At the park, students were able to see memorial stones erected 1778-82 in honor of notable Danes, Icelanders, Norwegians, and Schleswig-Holsteiners. Of particular interest to nordic philologists are the stones raised for the historians Saxo Grammaticus (DK) and Snorri Sturluson (IS) and the antiquarians and manuscript collectors Árni Magnússon (IS) and Ole Worm (DK).

In addition to seeing the memorial stones, the students were able to see and read three runestones in the younger futhark. Younger runestones from Denmark and Sweden are an essential part of the course East Norse: Texts and Artefacts, and students are taught how to read and interpret these Viking-Age inscriptions.

The tour through the memorial park ended at Julianehøj, one of the most famous burial mounds which dot the Danish landscape. This particular mound dates from around 3000 B.C. and is topped by a stone bearing a runic inscription in the elder futhark. In 1776 the inside of the cairn was transformed into a tea salon, which provided the students on last Friday’s excursion protection from the sudden rain on an otherwise sunny day. 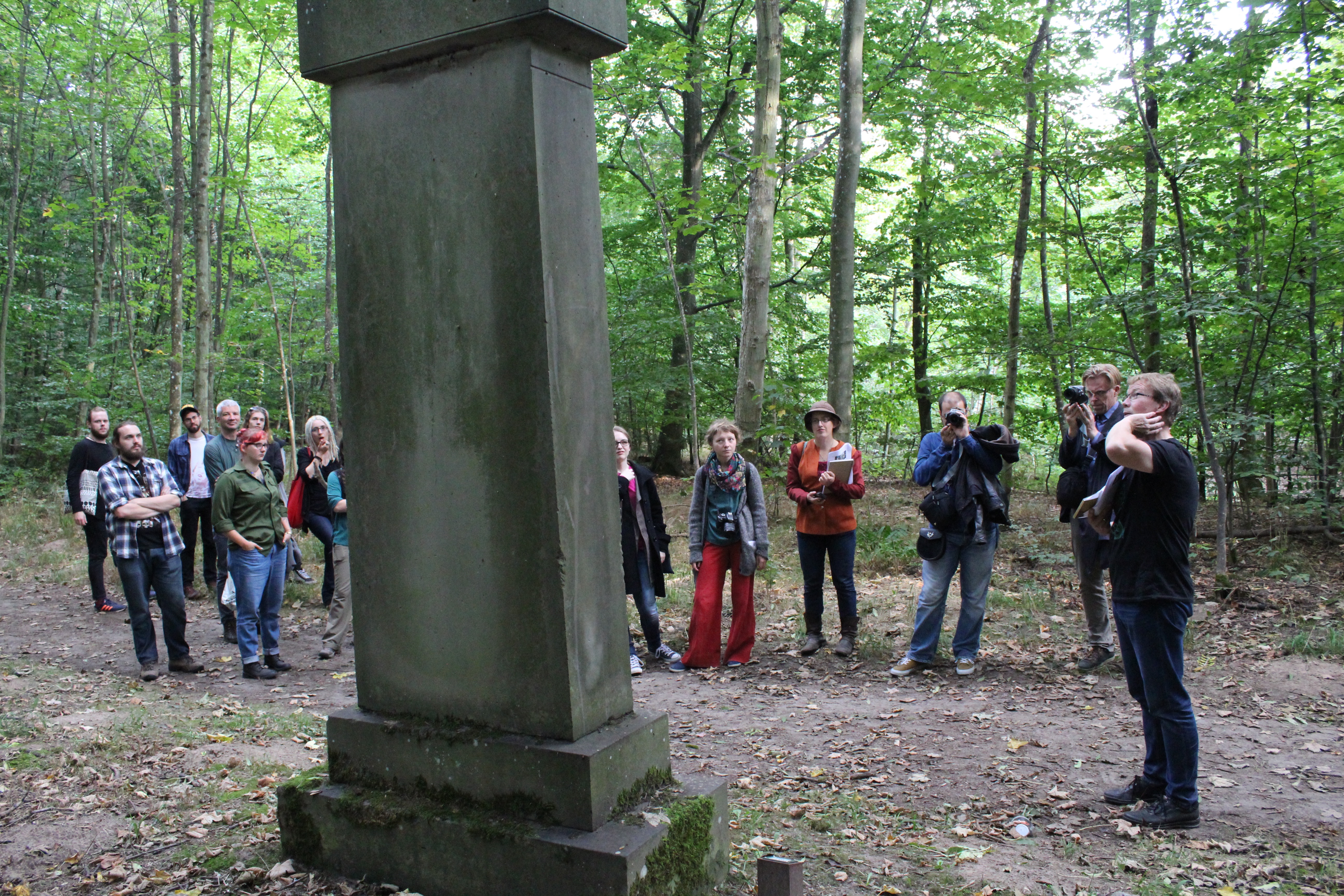 Students gather around the memorial stone in honor of Árni Magnússon

Following the tour around Jægerspris Castle and Memorial Park the students enjoyed a barbecue hosted by the teacher and guide Michael. 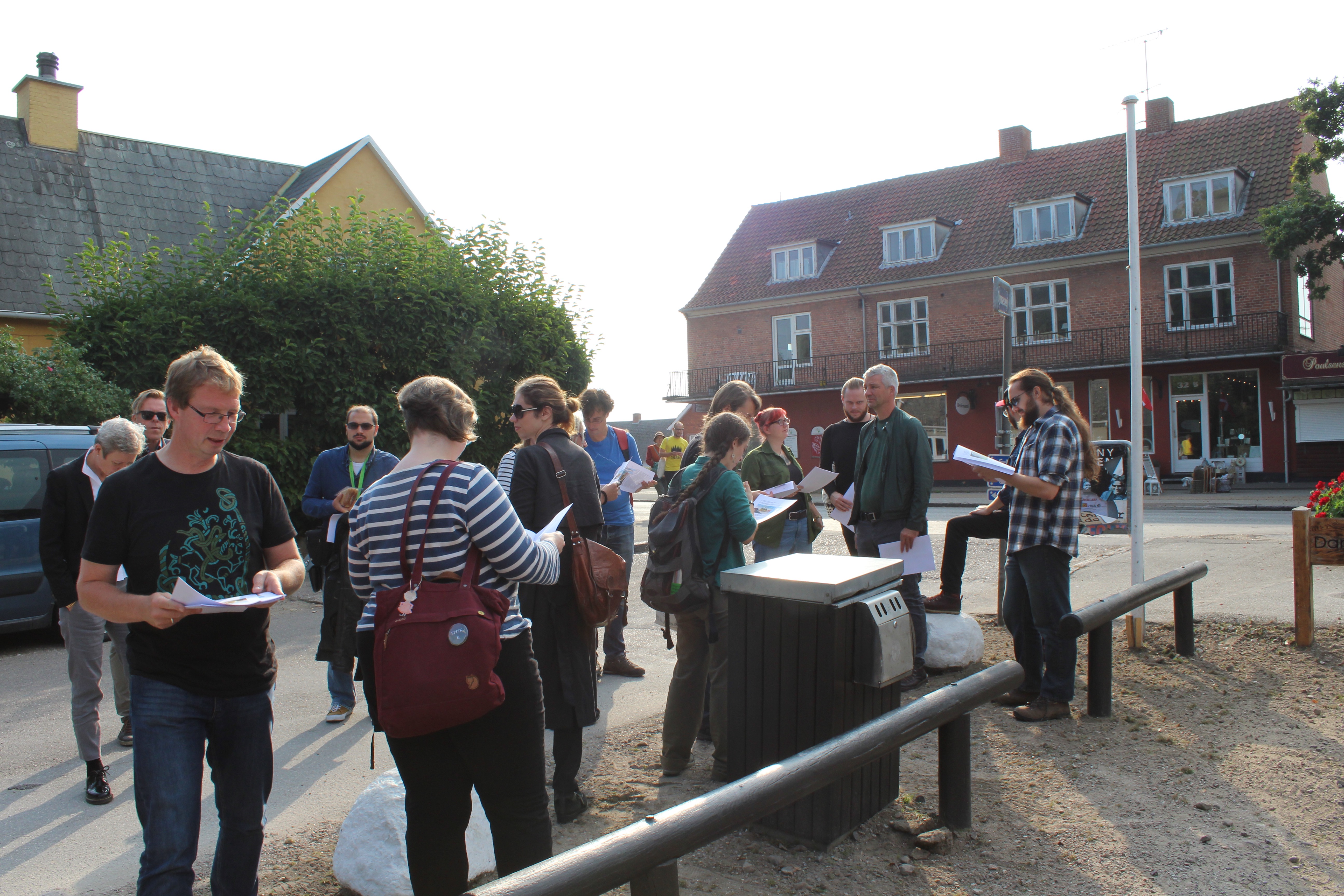 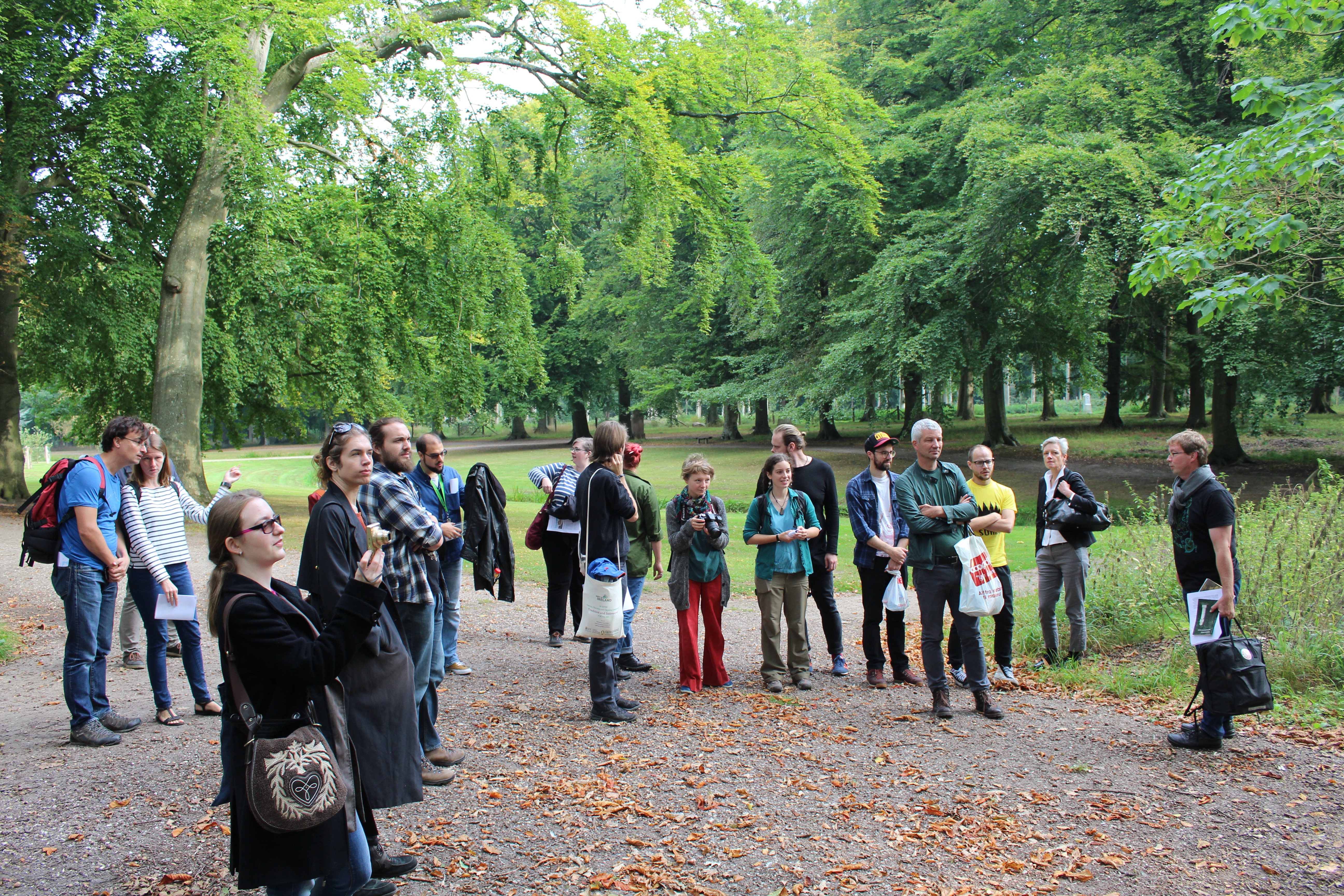 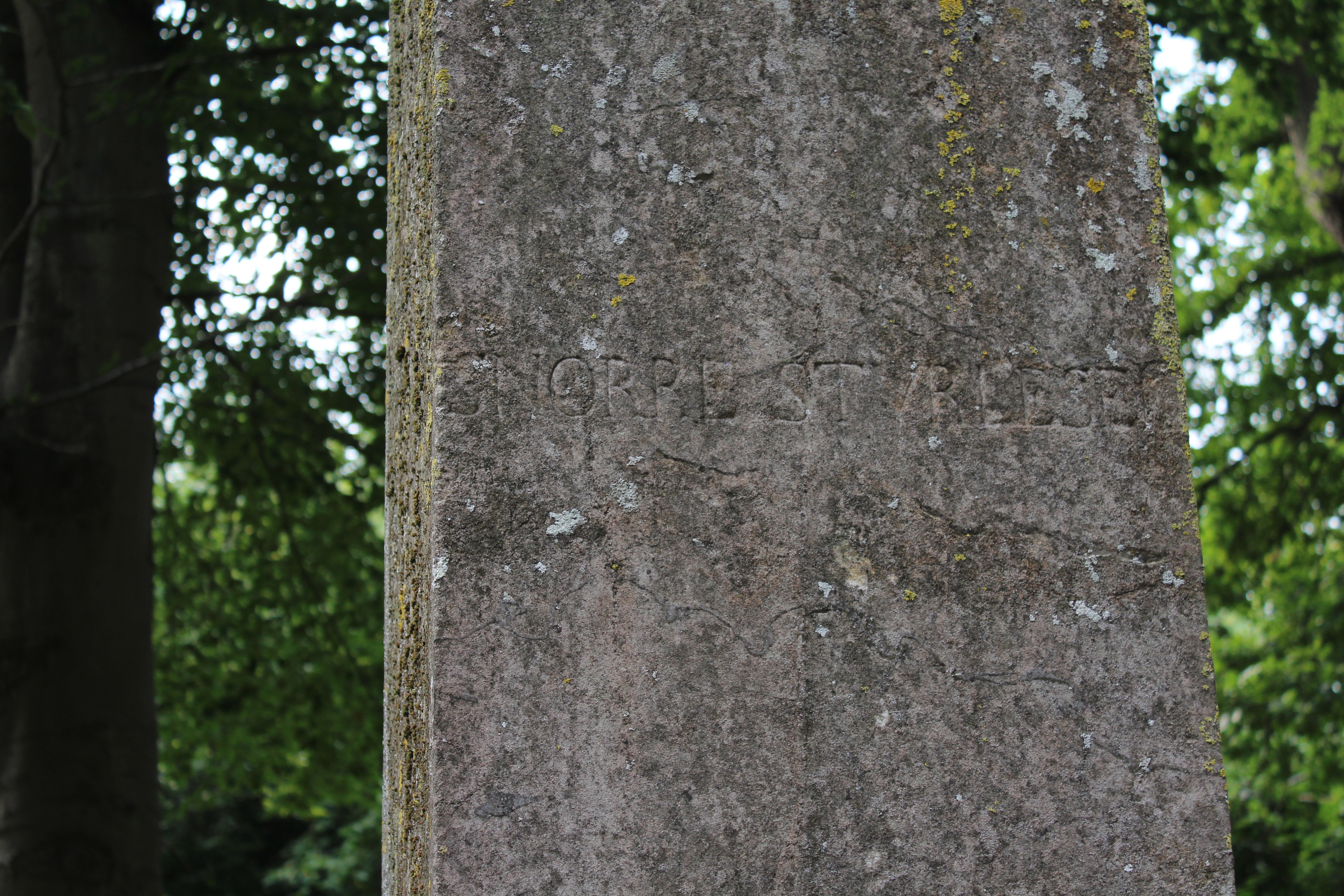 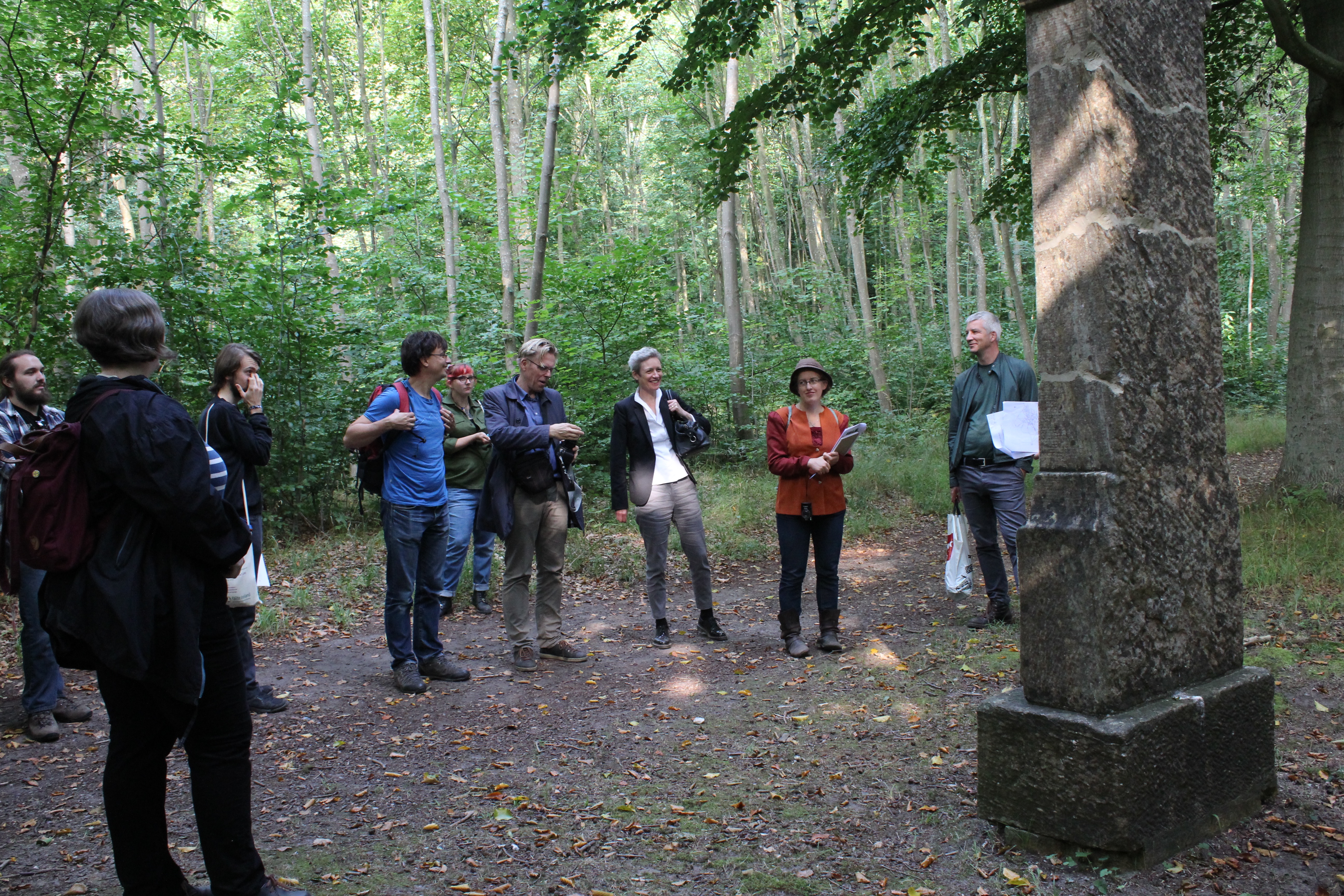 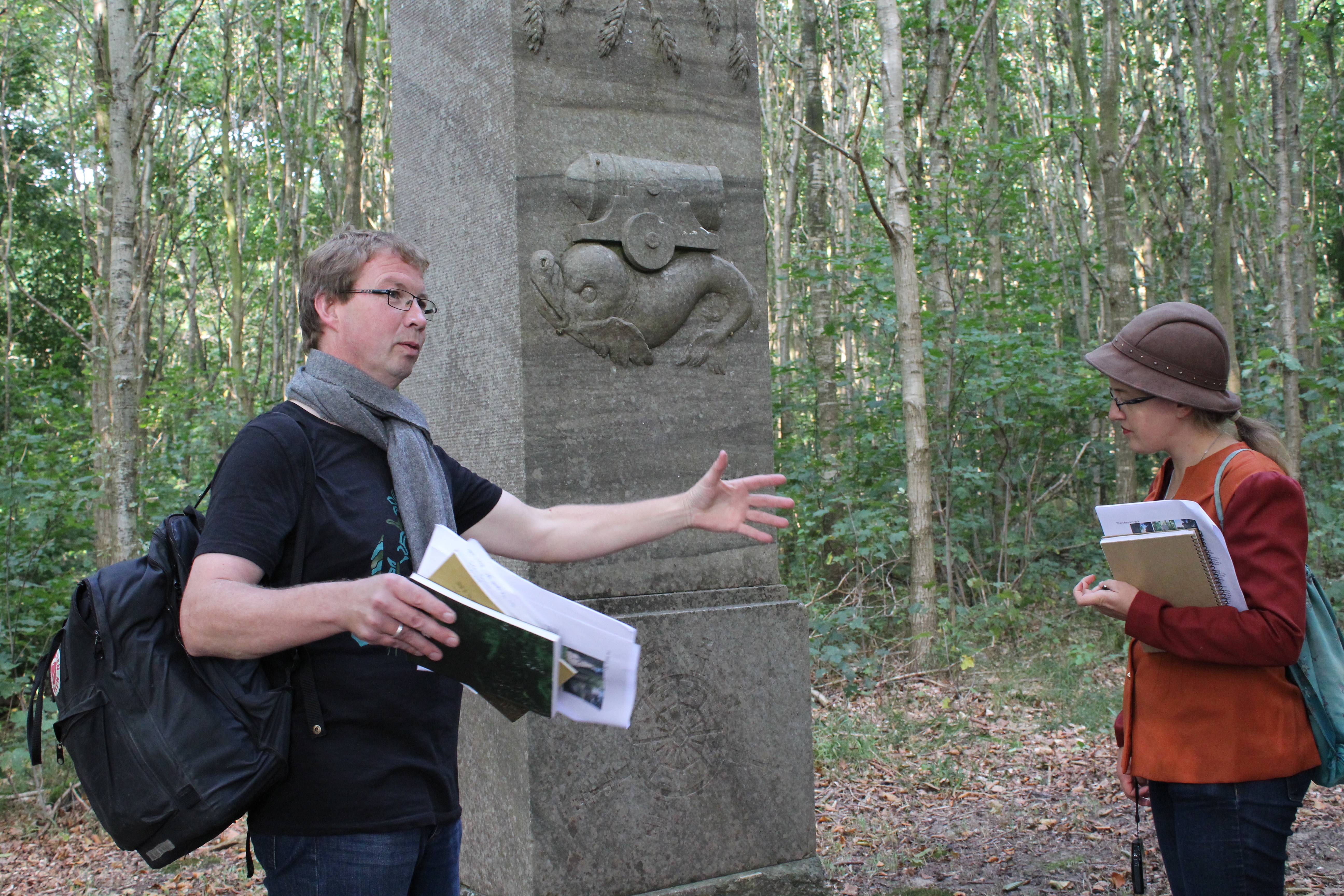 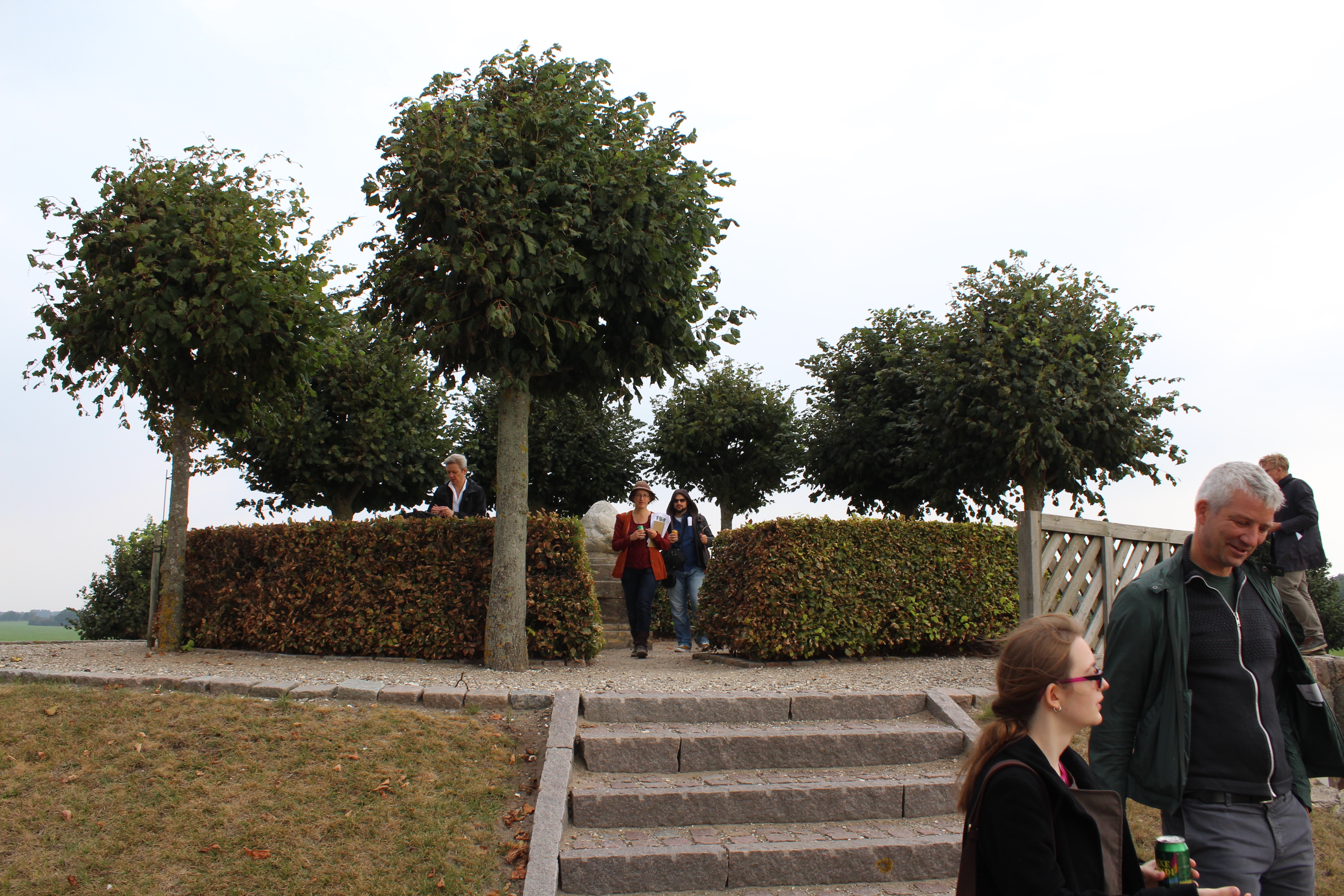 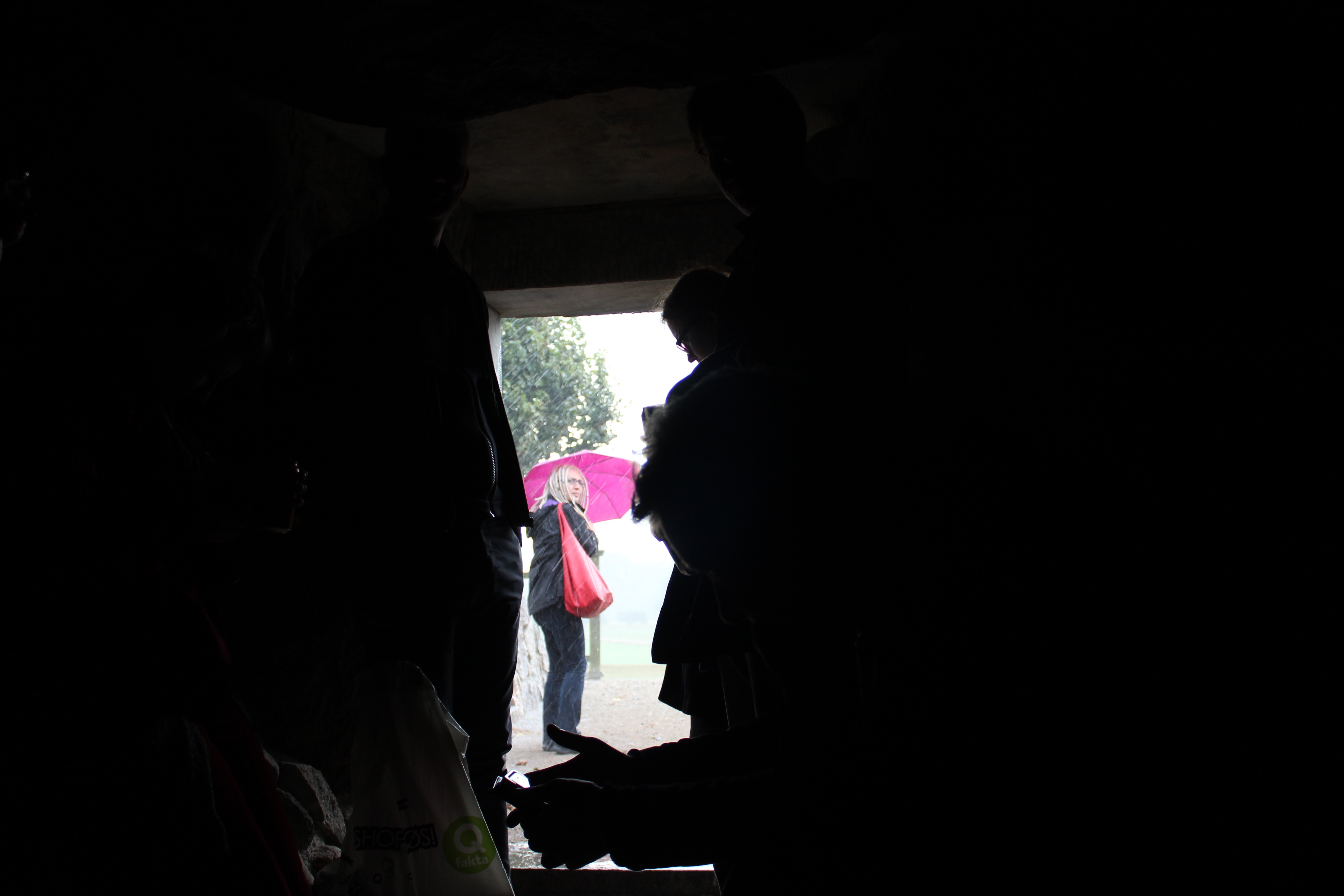 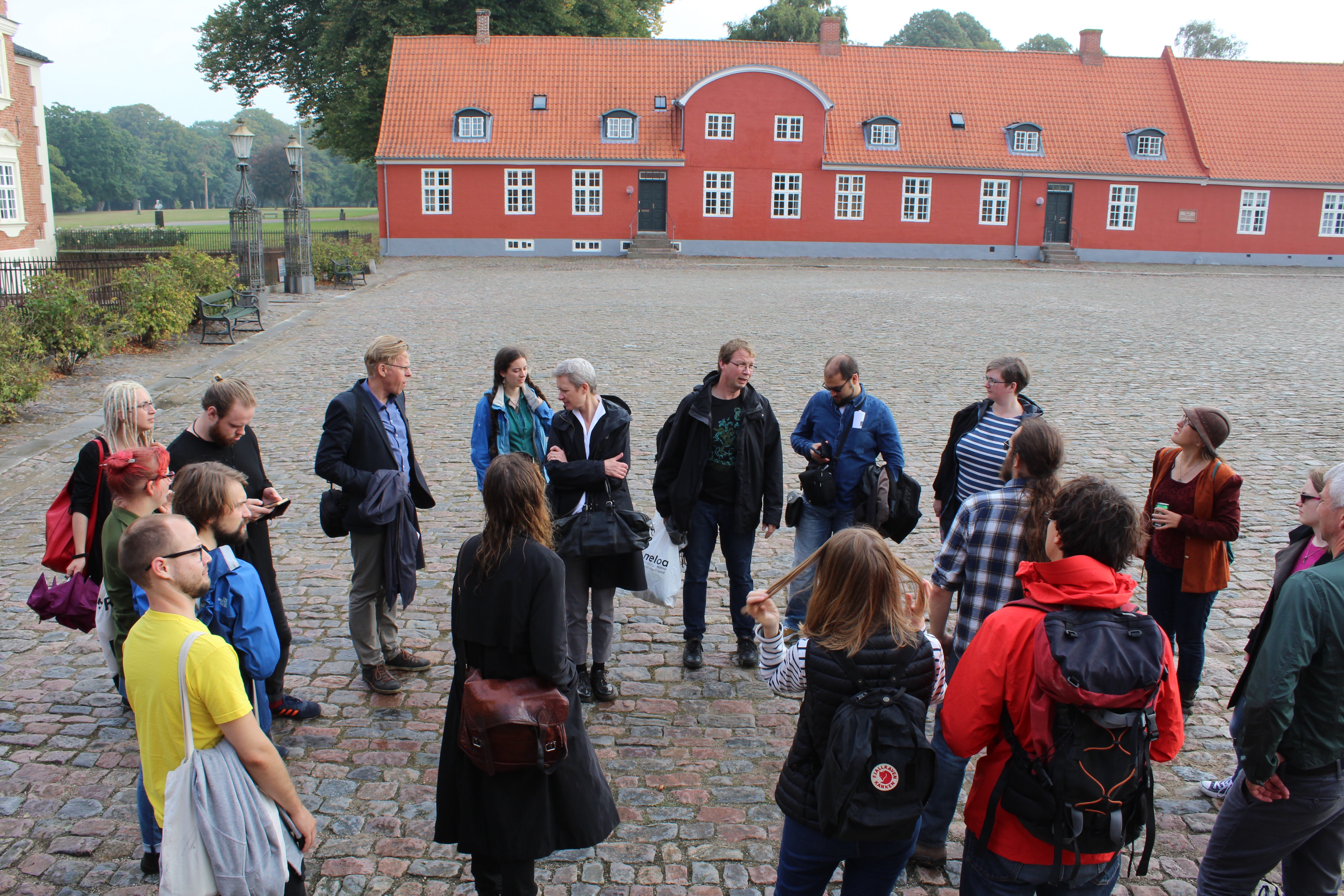