Notes from the Sixteenth Century: AM 828 4to

For the most part, AM 828 4to contains critical notes and commentaries about classical works by the sixteenth-century scholar Pedro Chacón. 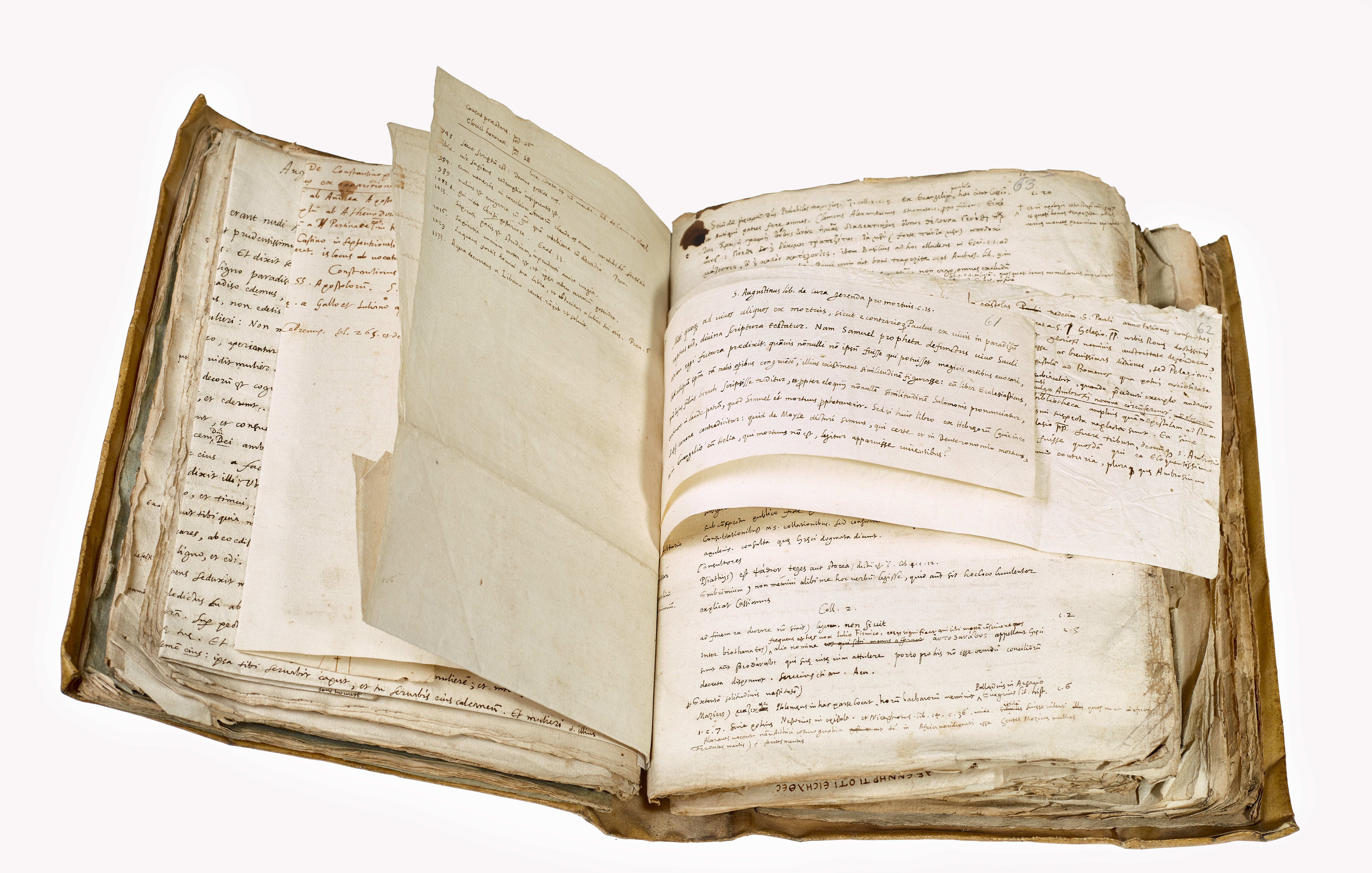 AM 828 4to is a composite manuscript and consists of different parts, including letters, notes, maps drawings.

Towards a Modern Critical Edition of Caesar’s Gallic Wars

AM 828 4to is one of nearly two dozen manuscripts of Spanish origin in the Arnamagnæan Collection. For the most part, the manuscript contains critical notes and commentaries about classical works such as those by Sallust, Varro Caesar by the sixteenth-century scholar Pedro Chacón.

Among these notes, we find annotations on Caesar’s De Gallico (‘The Gallic Wars’). These notes by Pedro Chacón were first published along with notes by other scholars in a work called the Fragmenta  dated to 1595, which can be viewed here. This was initially a collation made by Antonio Agustín on fragments of Roman historians, as indicated in the title page of the book, but it was brought to completion and published by Fulvio Orsini after Agustín’s death. Even though Pedro Chacón was acknowledged as one of six contributors to the Fragmenta , the eventual publisher Orsini did not distinguish between the contributions, and so it is not clear which scholars contributed to which parts of the book. The most central part, however, is devoted to the works of Caesar including his De Gallico.

About a decade after the publication of the Fragmenta , and 25 years after his death, Pedro Chacón’s original notes were published separately as part of a critical edition of Caesar’s works that prepared by Gottfried Jungermann in 1606, which can be viewed here. Some of Chacón’s corrections and emendations to Caesar’s text can still be found in modern editions. 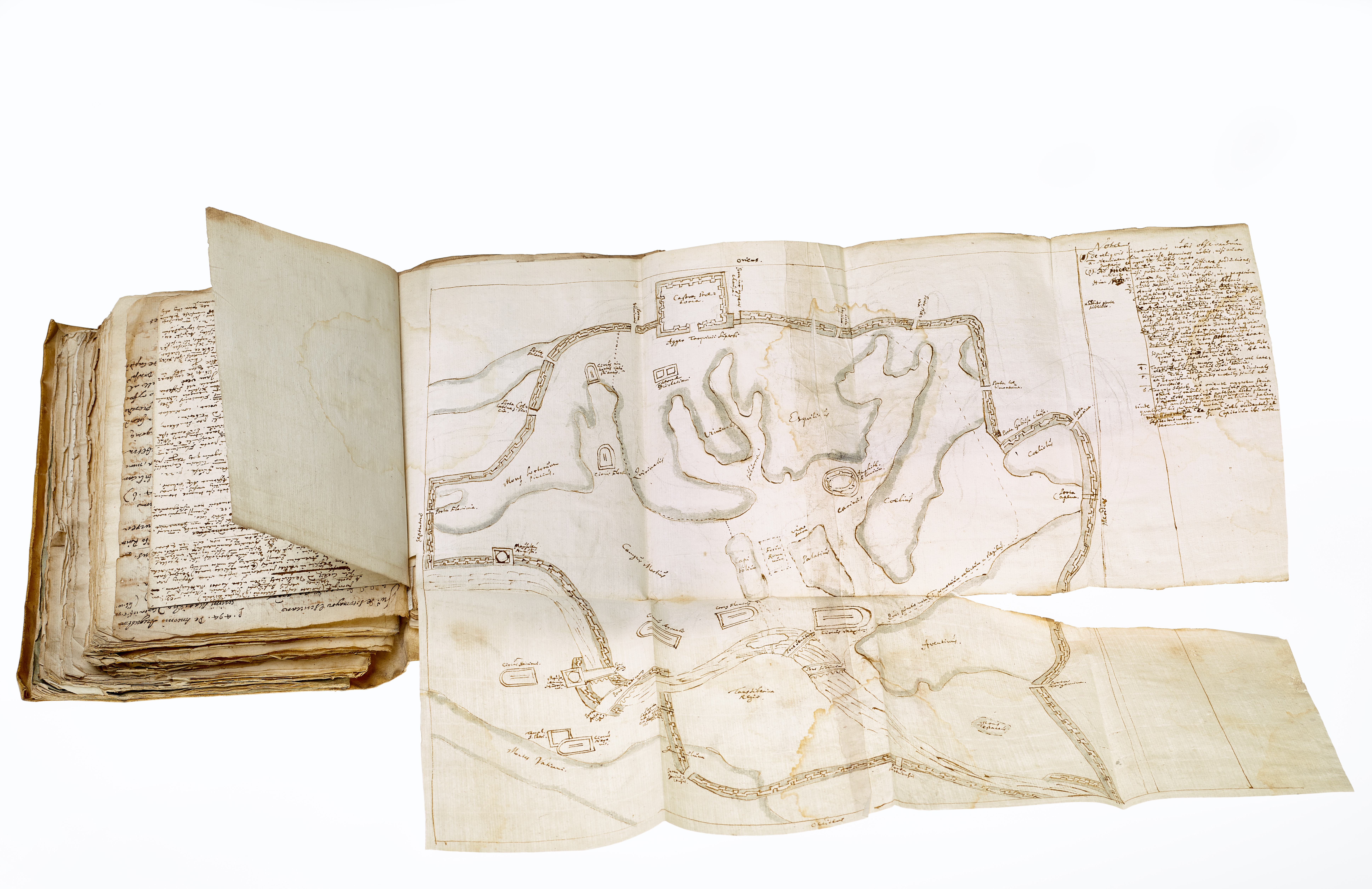 Who was Pedro Chacón?

Not much is known about Pedro Chacón (1525/26–1581), also known as Petrus Ciacconius Toletanus in Latin. Born in Toledo, he moved to Salamanca in 1555 to study theology. He was later appointed as professor of Greek and Mathematics at the University of Salamanca and was then tasked with writing the first history of the University in 1569. By the autumn of 1572, he was living in Rome. Together with Christopher Clavius (1538–1612), Chacón was one of the scholars who was commissioned to reform the Julian calendar by Pope Gregory XIII (1502–1585). Introduced in 1582, a year after Chacón’s death, and since then known after the name of the Pope, the Gregorian calendar is still the most widely used civil calendar in the world.

During his time in Rome, Chacón’s circle included other renowned clerics and scholars of his time such as Antonio Agustín (1516/17–1586) and Fulvio Orsini (1529–1630) as well as artists such as Giorgio Giulio Clovio (or Juraj Julije Klović, 1498–1578) and Doménikos Theotokópoulos (1541–1614), better known as El Greco. In addition to his work on the calendar, Chacón also worked on Greek and Roman inscriptions and on ancient customs and literature. His notes found in AM 828 4to are probably from this last decade of his life.

Chacón’s notes for another one of his most famous works, De Romano (‘On Roman Dining’), which was published posthumously by Fulvio Orsini in 1588, are also signalled as part of the contents of the manuscript on the spine title of AM 828 4to (on the left), which is now partly legible, as well as on what is now fol. 1r (on the right), the bluish paper cover that presumably was used to protect unbound gatherings.

How Did Pedro Chacón’s Manuscript End Up in the Arnamagnæan Collection?

There is no record about how AM 828 4to became part of the Arnamagnæan Collection. Another manuscript in the Collection, however, might offer some clues. AM 253 fol. includes letters to and from Pedro Chacón as well as a treatise by him on the Roman calendar. Along with a few other manuscripts of Spanish origin in the Arnamagnæan Collection, Mariane Overgaard showed that AM 253 fol. was acquired from the estate of Jens Rosenkrantz (1640–1695) by Árni Magnússon (1663–1730) at the turn of the seventeenth century. It is therefore possible that AM 828 4to was also part of Rosenkrantz’s collection and that the two manuscripts were acquired together.

It is thought that AM 828 4to was first passed on to Chacón’s friend Luis de Castilla (c.1540–1618)—the son of Diego de Castilla (1510/15–1584), dean of the Toledo Cathedral—who was the commissioner to the Spanish crown in Italy at the time when he met Chacón. Afterwards, together with most of Luis de Castilla’s manuscripts and books, it is thought to have been acquired by Gaspar de Guzmán (1587–1645), the Count-Duke of Olivares. And it is from Gaspar de Guzmán that it is speculated to have passed on to Cornelius Pedersen Lerche (1615–1681), a Danish nobleman and civil servant, who spent time as an envoy to Spain where he collected a number of manuscripts. Since many of Lerche’s books were later bought by Jens Rosenkrantz (1640–1695), it is assumed that this is how AM 828 4to first came to Denmark and later became part of the Arnamagnæan Collection.

Katrín Þórdís Driscoll is Research Assistant at the Department of Nordic Studies and Linguistics.

Kıvılcım is currently conducting research on the Latin manuscripts in the Arnamagnæan Collection, so more information will be revealed about the contents of AM 828 4to, AM 253 fol. and others in the coming year and findings will be made available on our online manuscript .